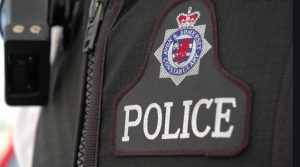 Some may be wondering why the UK Independence Party did not stand a candidate here for the Avon & Somerset Police & Crime Commissioner elections held on Thursday 6th May. 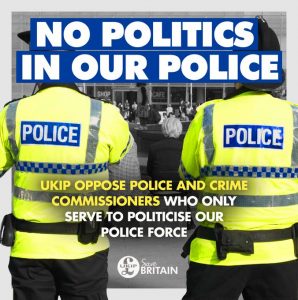 Some may be thinking (wrongly) that this means UKIP has gone away and is no longer interested in local elections in Bath & North East Somerset. However, nothing could be further from the truth. UKIP is still here; we are alive and kicking, and we are looking forward to the next set of local elections, which we expect to be in 2023.

So; what is the real reason why UKIP chose not to stand a candidate on 6th May?

Simply put; UKIP opposes the posts of Police & Crime Commissioners. They have proven to be a waste of public resources and have only served to politicise our police. The fact that turnout was a lamentable 30.7%, (up from a mere 26% in 2016), tends to suggest that the public largely agrees with us and has little interest in this type of election.

“Treason” May’s government created Police and Crime Commissioners in 2011. For no good reason, her government abolished local authority police committees (which were less costly and worked better) and replaced them with directly elected commissioners, which politicised policing. Even though the elected commissioners (theoretically) take an oath of impartiality upon taking office they still come with their own political baggage.

Since its creation, the politically independent Sue Mountstevens served two terms as the Avon & Somerset PCC, but last Thursday, that election wiped-away all traces of political independence here and resulted in a Tory PCC, who once served as a former Tory deputy leader of Bath and North East Somerset Council. His salary alone now costs council taxpayers £76,000 each year and we have to fund his 24 members of staff too! UKIP believes that the same money could be used better to increase resources for front-line policing in our rural towns and villages.

UKIP therefore declined to stand here for an election for a post that we fundamentally believe should not exist. It seems a fair assumption that 69.3% of voters across Avon & Somerset agree with us as the silent majority clearly sat on their hands, and just didn’t vote.