It was a great success and delegates were treated to a wide range of speakers. Several members attended from Somerset and it has generated a great deal of interest on social media.

UKIP is now embarking on a new phase following the long period of interim leadership due mainly to Covid lockdowns preventing last year’s conference from happening.  The proceedings ended on an upbeat note after the announcement of the NEC and leadership election results.

Neil Hamilton was elected UKIP’s leader for a term of four years with 78%  of the vote. John Poynton was the losing candidate who carried out a very honourable campaign and also secured a place on the National Executive Committee with a three-year term.

Speaking directly after the announcement of the results Mr Hamilton said:

“I am absolutely delighted to be elected leader of UKIP, the only British political party willing to say the politically unsayable. The party now has a completely revised manifesto, which will exist as a living document, able to respond to changes in legislation and events. We are also the ONLY political party now calling for a National Referendum on Immigration and fully support Net Zero Migration. We have launched a new online petition on our website to push for exactly that. People of this country have never been asked about their views on immigration and the continuous invasion of dinghy’s carrying young Middle Eastern men from France into this country; welcomed by our very own government and its agencies. They arrive unchecked, remain unchecked and are subsequently fed, put up in hotels, given mobile phones, given money and eventually dispersed into our already overcrowded communities all at the tax-payers expense and to the detriment of almost three million people who are already waiting for social housing, but will be pushed down the list to accommodate people who have never contributed to our system. The last time I checked, France wasn’t a worn-torn country with us being the next space place for these people.

Neither I nor UKIP accept this is sustainable and it’s simply an issue of space – not race. We believe the UK should be asked what they think about immigration, which is why we now stand on the platform of a referendum for this very issue. I urge every person concerned about immigration to sign our petition, join us and make the case to this Tory Government who couldn’t be any further from being conservatives and continue to fail the British public on almost all issues; all whilst the Labour opposition death-roll around deciding whether to be the party of males with cervixes or the next best woke issue of the week.

If you are sick and tired of being told you are responsible for global warming or you need to apologise for the actions of the country hundreds of years ago and the erasure of our country’s heritage and history, all whilst living in fear of being lambasted by the next social justice warrior for something you said, then UKIP is the party for you. We want to preserve our civilisation as we know it, restore freedom of speech, common sense along with personal freedom and liberty”.

“UKIP once again demonstrates its commitment to democracy both internally and externally. Winning the BREXIT referendum was only a skirmish, the real battle is yet to be fought and UKIP will be leading the charge. We urge all former members, interested people and other smaller political party supporters to join us and the fight. We are the only party willing to take on the issues that are “too UKIPey” for the other cheap imitations”.

You can see the new NEC here

John Holbrook UKIP’s Free Speech Spokesman announced our new policy NetZero immigration, which means UKIP is now campaigning on no more people coming into the UK each year, than those who leave. We are also calling for a national referendum on Immigration.

The new manifesto and policies were revealed. This is a completely updated set of policies prepared by members and agreed by the party leadership. It is a living manifesto and will be updated in line with political developments. The policy team will meet regularly and will consider proposals submitted by party members.

The new Manifesto and Policies are here

You can view a livestream of the proceedings here

This article appeared in Politicalite:

STOP THE BOATS: UKIP call for National Referendum on Immigration 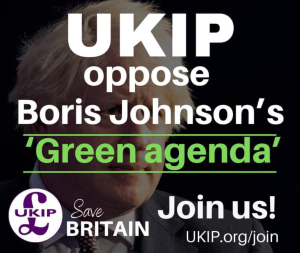